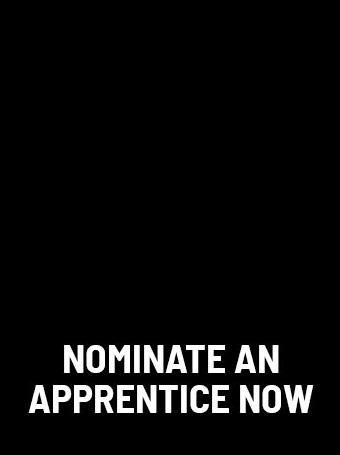 Apprenticeships are a huge part of Blackpool and The Fylde College’s technical and professional provision, allowing people to develop their career, while working towards a nationally-recognised qualification.

For employers, apprenticeships provide a committed and highly skilled workforce.

Our Apprenticeship Awards recognise the outstanding achievement of apprentices and employers alike and celebrate their very real contribution to the nation’s upskilling and economic prosperity.

More information will be provided nearer the time.

We will also be presenting the following special awards:

The Best Innovation/Impact Award recognises an apprentice’s unique contribution to the workplace and the ensuing positive impact upon the business.

The Consistent Academic Excellence Award recognises the outstanding academic progress an apprentice has made throughout their apprenticeship.


Apprentice of the Year    Nominate now

These Awards celebrates apprentices’ outstanding contributions to their workplace and exceptional progress in both their skills development and studies.

These Awards are given to organisations that have a strong commitment to employing, nurturing and supporting apprentices and currently have an apprentice or apprentices working for them.

The Employer Ambassador of the Year Award is given to a business that leads the way in employing and supporting apprentices as well as making a positive impact within the broader community.

The Rising Star Award is given to an apprentice whose outstanding performance has led to them embarking upon a clear progression pathway.

For information and assistance relating to any aspect of the Awards, please contact:
B&FC for Business at Blackpool and The Fylde College, business@blackpool.ac.uk
Or call T 01253 504 343.